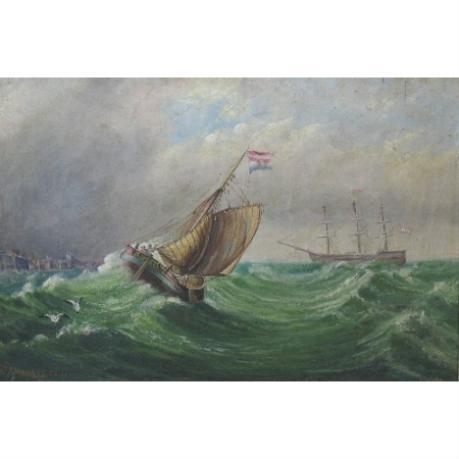 Fresh interior (and exterior – but we’ll save that for another article) paint is very important when a house is on the market. Unfortunately many sellers think that means white walls – or something close to white. But white (even Linen White – a favorite of sellers) isn’t usually the best choice for several reasons.
First, white rooms can feel very cold and stark, not warm and inviting, which is how you want homes on the market to feel. Second, dirt shows up against white (think of those white slacks), so sellers must be extremely careful. And finally, white can make rooms feel very plain and boring, rather than pretty and interesting. And while you don’t want the wall colors to stand out, you do want to make certain they showcase the house. Which means bold or daring colors are not a good idea either. So what should sellers do?
Sellers should choose colors that go well with most furnishings as well as styles of homes – but that aren’t too bold or too dramatic. Taupes and sages are often good choices, as are colors that have have yellow undertones (for warmth) in them. These colors are considered neutrals, which means not only will they go with most furnishings, they won’t make a design statement on their own. And while you don’t generally want to go with a dark shade, a medium shade will probably be just fine. Too much lighter than that and you get back to that boring off-white.
It also isn’t necessary to paint all of the rooms of the house in one color. Depending on how the house flows, it may be a good idea to tick to the colors that are next to each other on a fan deck. This means the color variation is subtle (usually just a bit lighter or darker), which makes the entire house feel connected. Yet the variation helps the rooms of the house feel separate enough for the different activities that occur in each.
Trim colors should generally be white, unless the style of the house calls for stained woodwork or the trim isn’t attractive. So if the house is a Victorian or a contemporary, stained woodwork is expected. Otherwise, it will make a house appear dated. Painting the trim the same color as the walls will make unattractive trim disappear, which is much easier and less expensive than replacing it. Just remember to paint the trim in a semi-gloss, which makes it much easier to keep clean.
Painting the house may seem like a lot of trouble (if you’re doing it yourself) or expense (if someone else is doing it for you). But the results are profound because your house will look and feel clean, updated, and attractive.

Painting Gestures in Humans and Animals

How to Choose a Professional Painting Contractor

Choosing a quality painting contractor is as important decision as choosing paint, and usually more crucial. The highest-quality acrylic or oil cannot make up for sloppy corners, poor surface preparation, drips and over-charging. There are […]

My wife and I recently purchased a former warehouse space that we planned to convert to a studio apartment. Our thinking was to consolidate our living and working space into one location and save ourselves […]