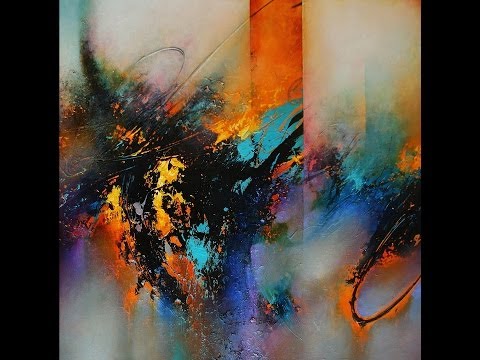 Van Gogh Caf?� Terrace at Night, also known as the Place du Forum, it is a coloured oil painting produced by the Dutch artist Vincent van Gogh in Arles, France, mid-September 1888. The painting was not signed, but described and mentioned by the artist in his letters on various occasions. There is also a large pen drawing of the composition which originates from the artist’s estate.
In a letter Van Gogh wrote to his brother, Theo, the artist said Ginoux had taken so much of his money that he’d told the cafe owner it was time to take his revenge by painting the place.
In August 1888 the artist told his brother in a letter:
Today I am probably going to begin on the interior of the caf?� where I have a room, by gas light, in the evening. It is what they call here a “caf?� de nuit” (they are fairly frequent here), staying open all night. “Night prowlers” can take refuge there when they have no money to pay for a lodging, or are too drunk to be taken in.
In the middle of September 1888, Van Gogh sat up for three consecutive nights to paint the picture, sleeping during the day. Little later, he sent the water-colour, copying the composition and again simplyfing the colour scheme on order to meet the simplicity of Japanese woodblock prints.
Van Gogh’s Cafe Terrace at Night, showing outdoor tables, a street scene and the night sky, was painted in Arles at about the same time. It depicts a different cafe, a larger establishment on the Place du Forum
Van Gogh wrote many letters to his brother Theo van Gogh, and often included details of his latest work. The artist wrote his brother more than once about The Night Caf?�. According to Meyer Schapiro “there are few works on which [Van Gogh] has written with more conviction.”
In one of the letters he describes this painting:
I have tried to express the terrible passions of humanity by means of red and green. The room is blood red and dark yellow with a green billiard table in the middle; there are four lemon-yellow lamps with a glow of orange and green. Everywhere there is a clash and contrast of the most alien reds and greens, in the figures of little sleeping hooligans, in the empty dreary room, in violet and blue. The blood-red and the yellow-green of the billiard table, for instance, contrast with the soft tender Louis XV green of the counter, on which there is a rose nosegay. The white clothes of the landlord, watchful in a corner of that furnace, turn lemon-yellow, or pale luminous green. “
The next day (September 9), he wrote Theo: “In my picture of the Night Caf?� I have tried to express the idea that the caf?� is a place where one can ruin oneself, go mad or commit a crime. So I have tried to express, as it were, the powers of darkness in a low public house, by soft Louis XV green and malachite, contrasting with yellow-green and harsh blue-greens, and all this in an atmosphere like a devil’s furnace, of pale sulphur. And all with an appearance of Japanese gaiety, and the good nature of Tartarin.
He also wrote: “It is color not locally true from the point of view of the stereoscopic realist, but color to suggest the emotion of an ardent temperament.”
The violent exaggeration of the colours and the thick texture of the paint made the picture “one of the ugliest pictures I have done”, Van Gogh wrote at one point. He also called it “the equivalent though different, of The Potato Eaters”, which it resembles somewhat in its use of lamplight and concerns for the condition of people in need.
Soon after its execution, Van Gogh incorporated this painting into his D?�coration for the Yellow House.

Painting Tools – What to Use and Where

There are many tools available for applying paint. They all do different jobs. This article will describe a few and discuss where they are best used.Ask yourself a few questions before you start to save […] […]

Factors to Consider Before Painting Your Home

Exterior paint jobs may be affected by changing weather conditions, as well as pollution, heat or cold. Over time, the paint may fade, lose its gloss and may begin to appear dull and listless. Some […]