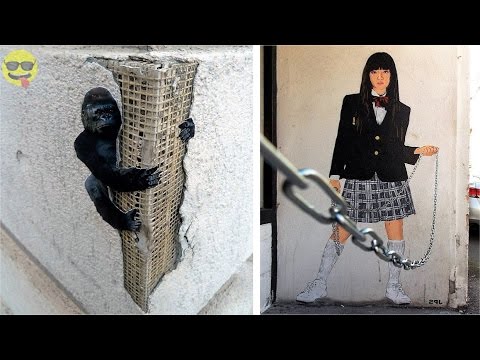 What is art? It’s a question for which there is no answer. Art is entirely subjective; like beauty, it’s in the eye of the beholder. That’s how we are able to go from the ceiling of the Sistine Chapel to Picasso and even further on to artists who make sculptures out of chewed gum or human faeces.
Wikipedia, the world’s favourite source of information, defines art as “the product or process of deliberately arranging symbolic elements in a way that influences and affects the senses, emotions, and/or intellect”. It used to be that an artist was either a painter or a sculptor. Anything else was being a burden to one’s parents. These days, making movies is art; so is writing, creating music, photography and designing computer websites. Art doesn’t have to carry a monstrous price tag or receive critical acclaim to resonate with you. But some people’s idea of art is a little more unique than others.
Chewing gum?
Maurizio Savini’s chewed bubblegum sculptures, for example. By carefully moulding still warm chewed gum, Savini has managed to earn himself quite a tidy living. Some of his sculptures have netted him AÃ¯Â¿Â½40,000 (R434 551), not to mention a reputation as an artist who “embodies the essence of youth”. Italian art critic Mario Codognato said that Savini’s work “reminds of the sensual act of chewing, the voluptuous warmth of rebelling saliva, the artificial and secretly aseptic fragrance which spreads from the mouth as a promise and missed kiss. Applying all this to the power and energy of the sculpture and its history causes a short circuit having the capacity of turning the lucid into stately and vice versa.” In an article for the Telegraph, Savini attributes his choice of medium to the fact that it is so versatile compared to painting, for instance. “Despite its history of it belonging to popular culture, chewing gum does not have a statute of its own within institutional art.”
From the life-size to the miniscule
Dalton Ghetti’s talent also lies in sculpting. He started out carving wood, but decided to downsize and after some experiments with chalk ended up working on pencil points. OddityCentral reports that Ghetti’s only tools are a razor blade and a sculpting and sewing knife; not a magnifying glass in sight. An average pencil tip carving takes a few months, but his most ambitious work, which included interlinking chains, took him two and a half years. As painstaking and time consuming as these works are, they haven’t earned Ghetti a penny. To the disappointment of his fans, Ghetti doesn’t sell his pencil tip carvings; instead he gives them to his friends.
One man’s waste is another man’s art
Recycled art is fairly big on the South African scene, especially as it allows many people disadvantaged by their circumstances to express their creativity and put some food on the table. As far as material is concerned, anything goes. But recycled art doesn’t just have to be about uplifting communities. Sometimes it’s art for art’s sake. Jeremy Mayer turns discarded typewriters into sculptures any modern art lover would be proud to display in his or her minimalist loft apartment. Mayer is adamant that he doesn’t use any foreign elements in his works, but uses only typewriter parts. “I do not “solder, weld, or glue these assemblages together – the process is entirely cold assembly. I do not introduce any part to the assemblage that did not come from a typewriter.” Santiago Sierra is a Spanish/Mexican artist famous for pushing buttons and boundaries. According to the Lisson Gallery, his work exposes situations of exploitation and marginalisation that permeate structures of power. He’s been known to hire underprivileged and disenfranchised people to undertake pointless or unpleasant tasks. As was the case for his December 2007 exhibition, when he hired sanitary workers in India to collect human excrement, which he then turned into a work he called 21 Anthropometric Modules Made of Human Faeces By the People of Sulabh International, India. Reviews of the modules were mixed, but the general consensus seems to be that its title says it all. Still, to each his own.